“Church At The Place” Testimony 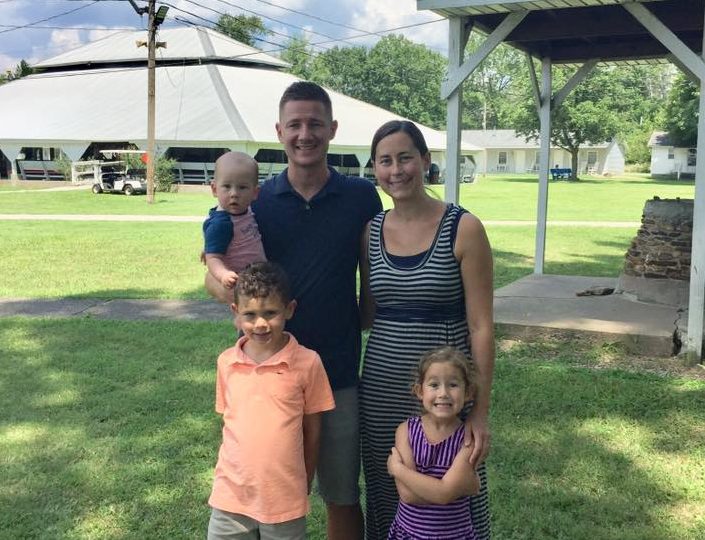 The following is a story from Kaleb and Kate’s most recent update. Their group started calling their simple church “Church At The Place.”  You can read the entire newsletter, hear about some amazing things God is up to, as well as know how to pray for and support their simple church’s outreach to local young adults and youth here.  You can also see videos of recent baptisms on Kaleb’s Facebook page here.

JP is a young man who has come to our Wednesday night simple church several times over the past two years, but last month he showed up after being invited every Wednesday by one of our young believers. God had already been working in JP’s life when he showed up that night. We had a big crowd of young people and JP was kind of swept up in the crowd. Just before we started our teaching circle up time, about half of the people present left to go watch a fight at a nearby park. When I realized what had happened I was a little discouraged but went ahead and started anyway. JP had left with the group but then changed his mind and ended up coming in and sitting really close to me in the circle…I really believe that God made space for JP to get close and personal by thinning the crowd that night (and the fight ended up not happening so our people came back later, praise Jesus). As soon as I started teaching JP’s hand went up and he started asking questions. I was teaching about the resurrection but JP’s questions were all about his own sin, what he needed to do to deal with it, how he could know he was forgiven, what could he do about all the guilt in his life, how could he change the course of his life and get on a different path…it was clear that God was working in him and so I kind of just scrapped where I was headed and started sharing the gospel with him. Many of our believers began to share their testimonies and point him to Jesus. It was awesome. At one point he broke down and seemed to be on the verge of a decision but then he backed off. After our gathering that night a couple of our guys stayed and talked with him and prayed with him and I just stayed back and let them lead. Over the next few days many people were praying for JP to make a personal commitment to Christ. He is a natural leader and a lot of his guilt was in leading people to do wrong things and getting them caught up in drugs, alcohol, or other things, so I knew that if he gave his life to Jesus it would lead to others doing the same.

The next Wednesday JP came back again. At the end of our worship time we always share testimonies and pray and so I opened the floor up for anything like that. JP raised his hand and said, “I’m not sure what you just asked and this might not be the time for this, but I’ve accepted Jesus and I just want to know when and how I can get baptized! We were all really excited and so I began to ask him what had led him to this point and as he shared his story his girlfriend, Katie, raised her hand and said that she was also ready to get baptized. It was a powerful moment. You know, very Jesus’y. I don’t know if that is a word, but it feels right. We prayed for both of them and planned their baptisms for the next week so that their families could come.

Right after we closed, another young man, Joseph, came up and asked to talk to me. He has been worshiping with us on and off for a couple of years but has always been clear that he didn’t really know if he believed there could be a God but was at least willing to come listen and play music. He has considered our church his family for a long time now. As he talked to me he shared his story of doubts, fear, and disbelief, but told me that God had finally become real to him and that he wanted to give his life to Christ and commit to him in baptism too. It. Was. Awesome. I have spent a lot of time with Joseph and have seen him struggle with many ups and downs over the years. To see him at twenty years old give his life to Christ and to hear the testimony of how God had proved himself faithful as he reached out to him in prayer, how he has provided for his needs, and how he had been moved by the family atmosphere of love in our church was amazing. The next week with several family members present we baptized all three of these new believers and listened to them share their testimonies. All three of these young people continue to gather in worship with us and are in mentoring relationships to lead them in their walk with Christ!

Just last week, a young man named Charles, a self-professed atheist gave his life to Christ and was baptized after being led to Christ and to our simple church by a friend. I hope to share his testimony soon. Disciples making disciples. Multiplication. Again, pretty cool. Pretty Jesus’y.

If you have prayed for us or given financially or encouraged us in any way, you are changing lives and breaking generational curses by helping us to be available to hurting, broken people. Thank you, thank you, thank you.

1 thought on ““Church At The Place” Testimony”