Maybe it’s a bigger deal than we think? 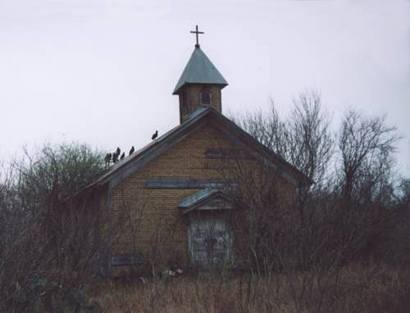 I am generally not someone who leads with the idea that simple church is the “most biblical” way to do church. For me, the idea that the New Testament church seemed to primarily gather in homes is helpful when explaining to folks why it’s normal for the church to primarily ebb and flow through homes, but It’s not my main motivation for advocating simple/house/organic church. For me primarily, simple church is just what makes the most sense given what I know about Jesus, how He has worked in my life, and how I have witnessed His Kingdom operate. However, this morning while beginning the book of Acts, I was watching its overview from the folks at the Bible Project.

Acts Chapters 1-12 From The Bible Project

While contemplating all of this, I was struck by just how big of a deal it was that God moved His presence out of the temple and into our body. It’s no small thing that the temple system was done away with at Pentecost and that the New Covenant established the new temple as being us–both individually and collectively!

God, being God, could have done anything he wished to do. He could have kept a temple system or a version of it, but He didn’t.

How significant is it? Greater minds than mine can and have debated this issue, but my question this morning is the significance of our gravitation back toward something that looks an awful lot like a temple system. Have we lived fully into the reality that Jesus came to give us?

Now perhaps you are saying, “Don’t you think it’s a bit much to suggest that most of Christianity is under a temple system?” Perhaps. And certainly, there is more to the old covenant temple system than a holy place. There were also holy men. There were rules. There were regulations. So to be sure, the change God brought was much more than a move away from gathering in sacred buildings.

I generally tend to think that it’s not a big deal that we have so many Christian church buildings. I enjoy using them from time to time. I too was saddened to see Notre Dame go up in flames. But what if this shift from temple to a covenant family is a bigger deal to God than we think? What if our draw back to holy places has contributed to missing out on all that the New Covenant was intended to bring? If having temples wasn’t a big deal, then why go to all the trouble with making the point about making the New Temple a covenant family?

Perhaps the building is a big deal. There simply is no denying that many of our buildings are struggling to stay open. I do not believe this based on Jesus failing to make good on his promise that the “gates of Hell would not prevail” against His church. Rather, could the reason be that God is continuing a shift that began at Pentecost? Perhaps He is helping His people not only to intellectually know that he does not live in physical holy places, but he is moving more and more of his people out to experience Him living and moving among them.

I’d love to hear your thoughts below.

Check out more from the Bible Project here.— it’s one of the best Bible study tools available…and it’s free!

3 thoughts on “Maybe it’s a bigger deal than we think?”