Waiting and Watching In Ireland (By Sandra Haven) 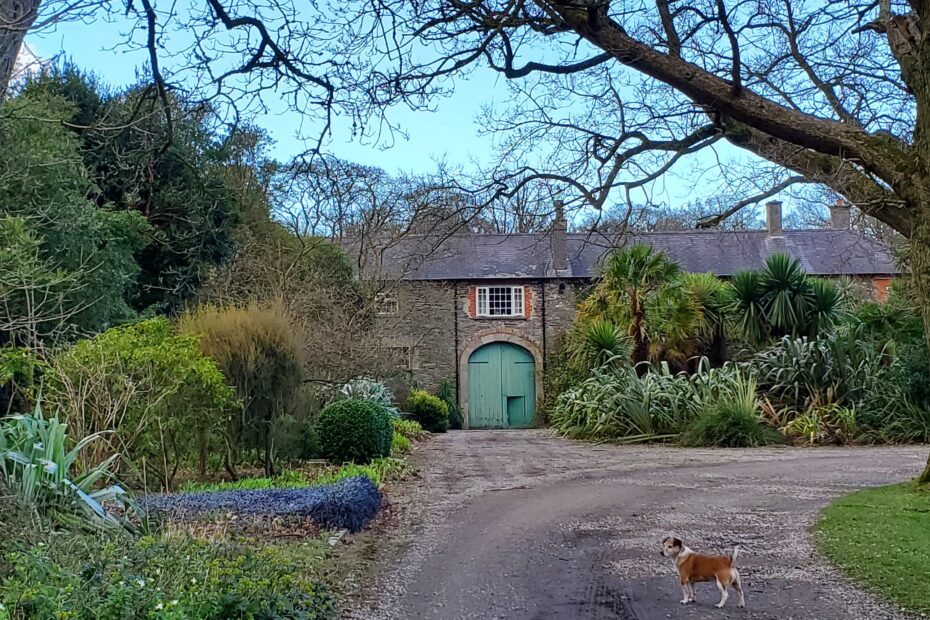 It was just one week earlier that I went to the retreat in Stanford for the Simple Church gathering of various house church leaders.  That was on September 10th.  I wasn’t really sure why I felt prompted to go, just to say goodbye to good friends I thought.  I don’t know when or if I will return to the States so I thought maybe God would speak to me there about my unknown future.  Just one week prior to the retreat my sister came from Indianapolis and went to Simple Church with me.  She mentioned that God had prepared me to know how to start a house church in Ireland. The group also prayed over me on that day, words of encouragement and asking for God’s guidance. I began to think about this idea of starting a house church but I didn’t think my friends in Ireland would be interested in a house church. (The Lord had been speaking to me for weeks about having a ministry with my friends but I had little idea at the time what that meant other than possibly helping start a community garden.)  My friends hadn’t gone to an institutional church for years and felt God led them out but they haven’t done anything else.  But I couldn’t just come in and say, “Here I am, now I’m taking charge here and we’re starting a house church in your cottage!” At the retreat many words were said about me being a “missionary” and being “sent out” and starting a house church in Ireland.  I pretty much dismissed these ideas and just saw myself planting and harvesting vegetables.

I left for Ireland on Wednesday and arrived late Thursday evening September 15th.  The very next day was a Friday, September 16th, and my friend texted to say two people from South Africa were staying at her place and they were coming in to where I am staying with my daughter to go to an organic farm here.  As my daughter was busy I agreed to go with them and they picked me up.  We went to the farm, then for coffee, and then for lunch.

The couple from South Africa have been in ministry for decades.  They felt God leading them out of the church building as it were and called to encourage and establish house churches.  God first sent them to America (specifically California, Utah, Idaho and Texas) where they have been for the last 4 months or so and they had just arrived in Ireland from Texas a few days before my arrival.  They reported that God is doing something big in establishing “popcorn” house churches in these states, especially California where they are “popping” up everywhere and growing and converting many people.  He said it is very powerful and he sees his role as encouraging and connecting a network of house churches around the world.

He wanted to meet again to talk and pray about what he felt God was showing him. So we met for dinner and prayer at my friend’s cottage the next night, Saturday, September 17th (exactly one week from the retreat in Stanford). He shared after our meal that he felt the Lord was showing him that we are to start a house church beginning with the 3 of us praying on a regular basis asking God for wisdom and guidance. The couple from South Africa and I were totally on the same page and he described Gavin’s vision for house churches and how they function. Just what we talked about at the retreat!

After talking at length about house churches, etc., they then prayed for me for quite a long time and then anointed me with oil for the task that God was calling me to in this new position as a “leader” of this new house church.

When God wants to do something, sometimes all we have to do is wait and watch.  Exodus 14:13-14 is one of my favorite verses.  It reads, “ 13 And Moses said to the people, “Do not be afraid. Stand still, and see the salvation[b] of the Lord, which He will accomplish for you today. For the Egyptians whom you see today, you shall see again no more forever. 14 The Lord will fight for you, and you shall hold[c] your peace.” Some versions read, “And you must just be still.”

So the Lord brought a couple from South Africa through California, Texas, Idaho and Utah to be where I was in Ireland at just the moment (within just a few hours) I arrived to anoint me for the task of starting a house church here in Ireland.  Pretty crazy I know but let it boost your faith today that nothing is impossible with God.  Zechariah 4:10 says, “Do not despise the day of small beginnings!” Our job is to be obedient.  God Almighty, the ruler of the nations, is responsible for the results.