The Telephone Game and the Reliability of the Gospels 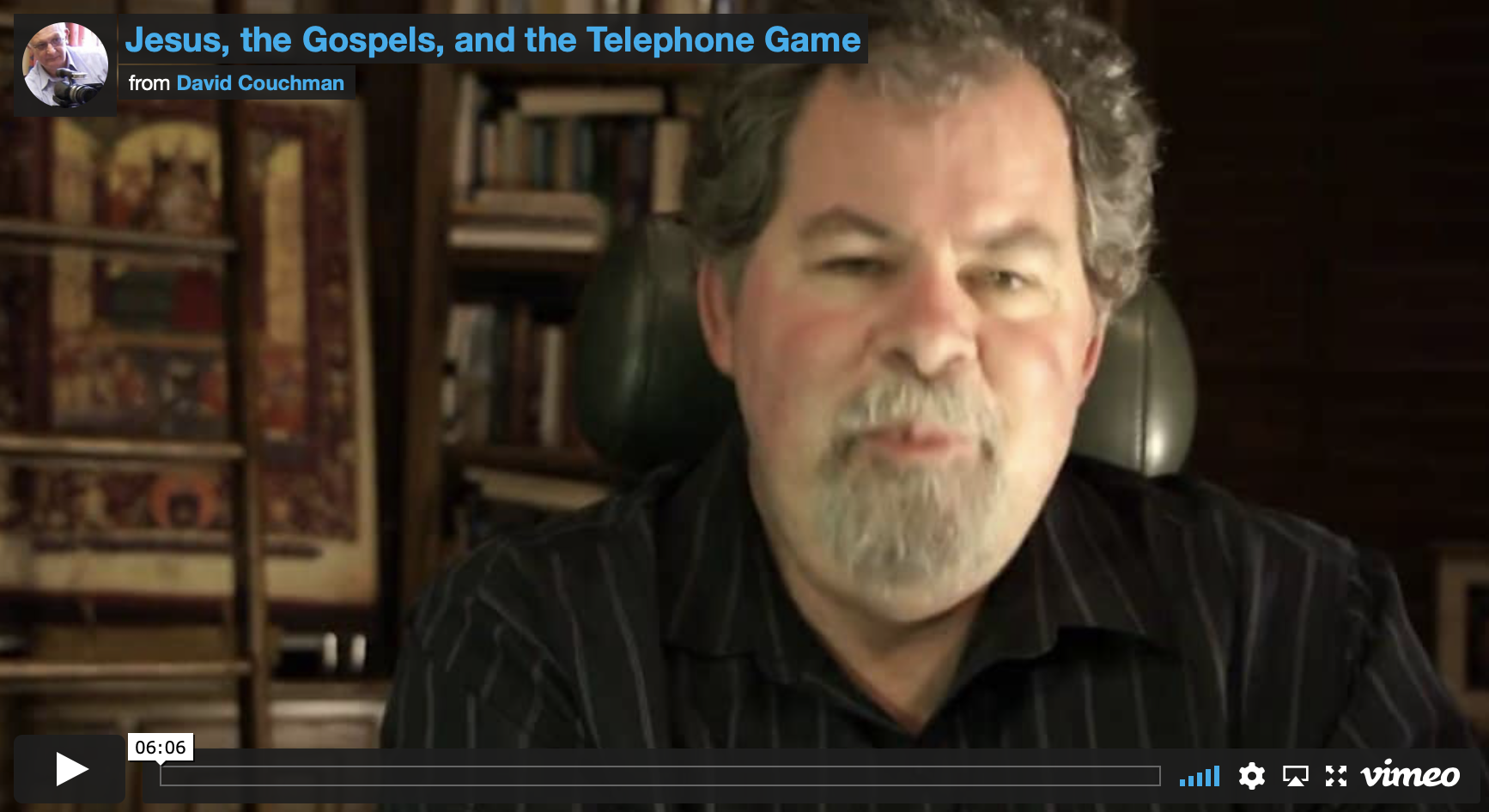 Are we crazy for believing the stories in the Bible? Are we to be pitied more than all men (as the Bible itself suggests we are if the stories are not true)?  Is it more reasonable to believe that, like in the telephone game, the story we have down on paper is nothing like what really happened in the beginning?

In a recent conversation with a friend about the reliability of the Bible, the telephone game argument came up.  I really appreciated the honesty of my friend in sharing his doubts.  The truth is that he simply was articulating a doubt that I think haunts many believers.  In the telephone game a person whispers a message to a friend, it’s passed around the circle, and then the last person at the end shares the message with the group out loud.  It’s usually wildly different from the original message and everyone gets a good laugh.

Could it be that the stories in the New Testament are laughable?

Today my oldest son and daughter completed their memory mastery test. To pass the test this year, they had to recite orally and with perfection the following:

* The entire timeline of 160 events from creation to modern times;
* Twenty-four history sentences about U.S. history;
* Twenty-four science questions and answers covering human anatomy, chemistry, and origins;
* Multiplication tables through the fifteens plus squares and cubes, conversions, and math laws;
* All fifty states and their capitals plus seventy physical features on the U.S. map;
* Twenty-four definitions or lists from English grammar;
* Latin vocabulary lists and John 1:1–7 in Latin; and
* The forty-four U.S. presidents.

I spoke with my son earlier and he told me that his last oral test was easier than he had anticipated (which blows my mind)!  Our children are learning in a much different way than I learned.  As a family we have been “kickin it homeschool” and taking part in Classical Conversations.  Memorization and oral recitation of facts have a greater emphasis in classical eduction than the way I learned as a child.   Watching them accomplish memory mastery in these subjects has served to remind me of one of the problems with the telephone game argument against believing the Scriptures.